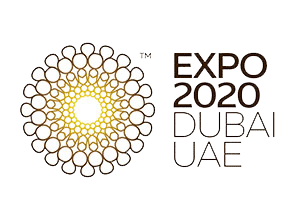 Saudi Arabia kingdom gives special emphasis on entrepreneurship and gives full support to investors and entrepreneurs who come up with ideas and projects that support the kingdom’s future vision. Which aims to develop innovative ideas and encourage youth initiatives in different fields.

As a result, the kingdom of Saudi Arabia has witnessed the emergence of many entrepreneurs, who have started from scratch.

Those entrepreneurs had an essential role in the prosperity, development, and progress of the Saudi economy, and they worked hard to achieve their goals, most notably are:

His Highness Prince Sultan bin Muhammad bin Saud Al Kabeer. Born in Riyadh in 1954 AD, is known as the founder of the famous Almarai Company.

He graduated from King Saud University with a BA in economic and political sciences.

His investments included in the food industry, energy, telecommunications, banking, the Chairman of the Council of the Arab Federation for Cement Industries, and Al-Mashreq Trading and Contracting Company. He is also a member of the Board of Directors of ARASCO and Al-Farabi Chemicals Limited.

Prince Sultan also owns about 8 percent of Yamama Cement and 14 percent of the Arab Shield Insurance Company, in addition to his 29 percent stake in Almarai, which alone is estimated at $2 billion.

The late Saudi entrepreneur “Sheikh Saleh bin Abdulaziz Al-Rajhi”. The owner of the “largest charitable endowment institution” in Saudi Arabia. This institution has been estimated at billions, which was allocated all to charitable works.

This association has built mosques, helped the sick, and established associations dedicated to memorizing the Qur’an and social, health, religious and educational activities.

He started as a humble porter, then sold locks and keys, then moved to the exchange, and thus gradually developed himself to become finally “the owner of the largest exchange institution.”

Worked in various fields of industry, agriculture, economy, and reconstruction. He also presented various projects that contributed to the rising of the Kingdom, and he was one of the first merchants who worked in the “gold trade” in Saudi Arabia and Kuwait. He held several different positions in his companies or the companies in which he was involved.

One of the “richest businessmen in Saudi Arabia and the Arab world.” He is a Saudi born into a family that works on the “raft” and his father was a “general manager in the Council of Ministers.” He studied at the College of Commerce, University of Riyadh.

He worked in his family’s profession and worked “on the raft” and founded the “House and the Saudi Scout Office”, and then he worked at the “Ministry of Labor and Social Affairs” and then “the Ministry of Finance” and then left government work “and started his own business.”

He founded the “Dallah Al-Baraka” group, which is a milestone in the field of Saudi investment, in addition to his work in the media in the sports field through the “art” network, and began investing in several fields.

His fortune was estimated at “12 billion Saudi riyals,” divided into “300 companies and banks” in more than “45 countries.”

Sheikh Saleh Kamel passed away from a heart attack at his home in 2020 AD.

He is the son of Prince “Talal bin Abdulaziz”, a “Saudi businessman and billionaire”. He obtained a bachelor’s degree in “Administrative and Economic Sciences from the United States of America”.

In addition, he received an “honorary doctorate” in various fields and from several international universities.

He has won several “medals and decorations” and was also chosen as one of the most “smart and creative investors in the world”, in addition to being the “first place in the Forbes list of the richest Arabs 2016”. He was ranked among the “500 most powerful people in the world”.

She is one of the “Saudi women entrepreneurs”, who, at a young age, started “business in addition to her studies”. And established her own “advertising” company “to organize exhibitions for women to display their products.”

It received a great turnout for its first exhibition, and exhibitions have kept coming since then. She organized 21 exhibitions so far” and is still ongoing

Maha Shera, a Saudi businesswoman, has extensive experience in the field of management and entrepreneurship.

She was able to establish her own “She works” organization to help women who want to start their own businesses.

She has many skills and extensive experience in various fields.

You can step into the business world and achieve your entrepreneurship dream by cooperating with the ITQAN team, who will help you set a well-formed plan for your business.